All About Black Pitbull Dog

Black Pitbull dogs are undoubtedly one of the most renowned and cherished breeds of dogs in the world. They are amazing creatures and often, people’s first choice as a pet. Though this dog breed had a troubling status due to constant bad press, barbaric sports, and misinterpretations, people who do own Black Pitbull knows how much joy, happiness and delight they bring to a human’s life.

These dogs are loyal, courageous, friendly, and amiable towards their pet parents and are probably the most favored breed of American Pitbull in the market. Typically, Black Pitbulls are the same as any other Pitbull out there, but the only difference lies in their appearance. These dogs were mostly used for fighting purposes due to their strong jaws and body that may cause a substantial amount of damage to the opponent.
However, many organizations today are starting up to ban this illegal sport and change the societal outlook of Black Pitbull in general. If you are also thinking about buying a Black Pitbull for yourself, go through this entire article to know everything required before making a final purchase.

What is a Black Pitbull 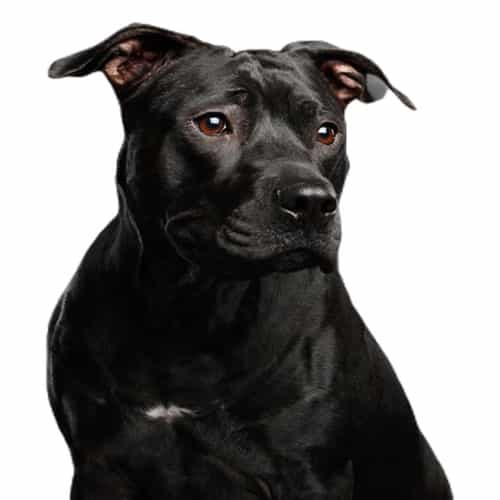 One of the biggest misinterpretations about Black Pitbull is that they are a separate type of dog breed, not the case!
Many dog breeds, American Staffordshire and reproduce with a solid black or black-white color. As their name suggests, Black Pitbull has an all-solid black coat with no hint of other colors on their body. These dogs were initially bred for barbaric blood sports such as bull-baiting, bear-baiting, and dogfighters, but the traditions are constantly changing. People now realize that even these dogs have a gentle nature to them. They must bring out the world to see! These dogs are finally on their way to earn their place as pets for families.
Thanks to their power and aggression, the breeding of Black Pitbull dogs mainly focuses on their guarding, hunting, and cattle driving skills. As far as their size is concerned, Black Pitbull stands at around 17-19 inches at the shoulder; have well-defined jaws, broad head, pronounced cheekbones and wide eyes that are interestingly set wide apart.
Their movements are elegant, smooth, agile, and graceful and have a springy gait to display the dog’s instinctive confidence. Black Pitbull are strongly aware of their surroundings and enjoy mental and physical challenges a lot. Another great thing about Black Pitbull is that they are highly trainable. 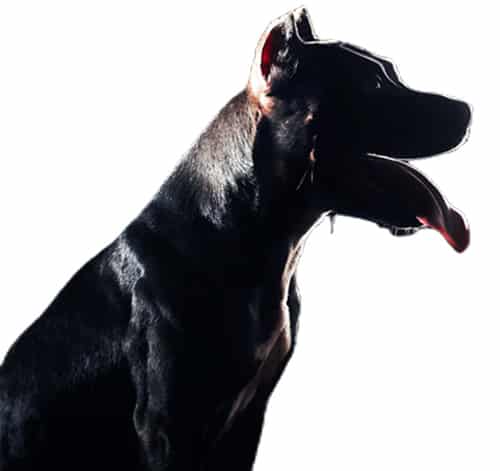 Black Pitbulls were mainly bred to be used in cruel sports, dog fights, and bloodshed, which is plain disgusting and sickening for dog lovers.  This is one of the major reasons Black Pitbull has a negative image worldwide, claiming that these dogs are very aggressive and hostile towards people.
Black Pitbulls are interrelated to Mastiff’s; their progenies came from Greece and dates as far as 5000 BC when soldiers used to train them (much larger breeds) for dog battles. They were trained and educated to defend the owners at all costs (possibly why they are the most loyal dogs on the planet). Loyalty is their primary attribute, and so they can do anything literally for the master.
This attribute can be a good or a bad thing, which means if you train the dog to treat everyone gently, they will obey you under any circumstance. If you train them to be violent or aggressive towards people, they will comply. Their personalities depend mostly on their master’s nature and how they are brought up in the house.

Aspects Of A Black Pitbull’s Life 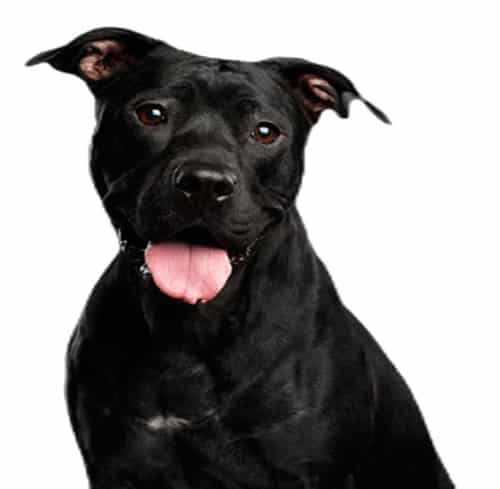 A solid-colored Black Pitbull, just like other dogs, can flourish/ thrive amazingly on a healthy, full-of-nutrition diet. Their meals can be home-made under the supervision of a professional vet or store-bought, but they must be accurate to the pup’s age or size and match his activity level.
High-quality treats can help during the training process, but make sure not to give them a lot to prevent obesity and over-weight. If you think about giving your Black Pitbull human food, learn about safe items for their consumption.

Generally, it is straightforward to keep, groom, and maintain Black Pitbulls due to their short and stiff coat. The only thing required for their proper maintenance is a soft-bristled brush that can be used once a week to remove dirt, debris, and other foreign particles off the body. Expect some seasonal shedding and use proper brushing techniques to dispense skin oil throughout their coat. Appropriate brushing not only removes dirt off the skin but also keeps it healthy and lustrous.
Their nails must be trimmed regularly as overly grown nails are painful and can also cause severe problems to the pup during running or walking.

Black Pitbulls are considered a robust breed compared to others as they are mostly healthy and active except for some health-related concerns that affect most of them. Some of the most common health problems that Black Pitbulls are prone to go through during their lifetime include

It is a caretaker’s and owner’s responsibility to stay in close contact with a qualified veterinarian and get the dog screened for these health conditions, coat allergies, and skin problems. Like other dog breeds, their teeth must be brushed regularly, and ears should also be examined more often than usual.

There is no doubt that Black Pitbull has a very energetic, athletic, and sporty body, which requires lots and lots of physical activity and playtime. However, Black Pitbulls should never be left alone while playing as they are people-oriented and can perform even great when it gets attention and love from all the family members, especially from the owner.

Like other dog breeds, early socializing, constant mingling, and happy training are recommended for Black Pitbulls. Other absolute essentials for these dogs include exuberance, strong will, and great physical strength.  Due to the Black Pitbull’s intelligence and need to please the owner, their training is a lot more fun and easy than others. However, resolving certain issues can be a bit hard such as chewing and digging.

The price tag on Black Pitbulls may vary from one breeder to another. However, compared to other Pitbulls, such as red nose pitbull or blue nose pitbull, Black Pitbull has significantly lower cost options for those who wish to give a home to these pups.
When looking for a professional dog breeder, expect to find a solid black colored pitbull puppy for around $800-$1000. from a recognized pedigree may cost you even higher. Here, it is worth remembering that, at times, Black Pitbulls can be mistaken for a blue nose dog as blue Pitbulls have a blue coat that might appear blue to the eyes. Before purchasing or adopting, don’t forget to check the owner’s color to ensure you get a truly black pup.

Black Pitbull-What Is The Negativity About?

The main reason behind all the negativity regarding Black Pitbull and the breed is the overstated reports of Pitbull attacks. Though it is somewhat true that these dogs may attack animals and humans, many accidents and attacks happen due to the lack of proper training and socializing of the animal. Black Pitbulls who are properly trained and educated about being with people are quite restrained in behavior.
Another negativity surrounding this breed includes people who are still using these dogs for fighting and bloodshed. Because of this sole reason, a lot of misinformed people still think of these dogs as aggressive kind. 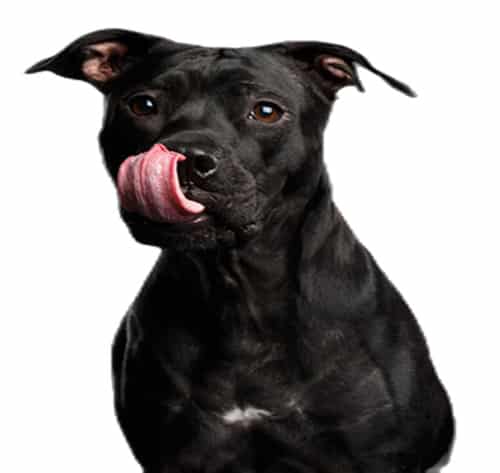 Many people think that Black Pitbulls are dangerous as they tend to look at their jaws while biting, but it is not true!
Their mouth and jaw work the same way as dogs of any other breed. They have been examined comprehensively, and it is proven that there is no such thing going on. These Pitbulls have a muscular and strong body with a powerful jaw, but the overall structure is still normal. In fact, other breeds have even stronger jaws than Black Pitbull.

Just like any other pitbull, Black Pitbulls are also pleased dogs. They like being around people, especially kids, and also love to play with them for hours. They can fill everyone’s heart with care and love, though most of them have a little aggression linked to them due to improper training. They will never attack you unless you provoke them, or they feel like they are at risk.

Since Black Pitbull was bred for fighting purposes, many people think that bloodshed is the only thing they are good at!
Due to this stigma attached to Black Pitbulls, even dog lovers never bothered to give them a try as a family pet.  The truth is, these dogs are brilliant and trainable. They can grow into the creature you want them to be and excel in every assigned job.
They love to please their owners, have an extremely obedient nature and can be trained pretty easily.

This particular breed of pitbull is the most playful and hyperactive of them all. They have too much energy in them that they tend to use positively. If you do not allow them to take out that energy, they will become agitated and frustrated towards everything and start harming your house goods.
Black Pitbulls are big attention seekers and can do anything to grab your responsiveness.
As a pet parent, if you are lazy, this breed is not an option for you. Black Pitbulls demand you to get off your chair and exhibit the same amount of happiness and energy that makes them feel good. Exercise is an essential part of their healthy lifestyle, so you must take them to walk or run as much as they require.

Black Pitbulls are often highly possessive of their family members and owner. They need undivided attention and cannot share their owner with other pets in the house. If you neglect them or bring another pet, they may feel insecure and start to act out aggressively.
Nonetheless, making your Black Pitbull social is critical, especially if you have other pets in the house or like to mingle with many people. Ensure that your dog is exposed to social experiences and feels normal about meeting other people or animals inside/outside the home.  It is better to start their training early because they are fast learners and can quickly adapt to circumstances.

Where To Buy Black Pitbull 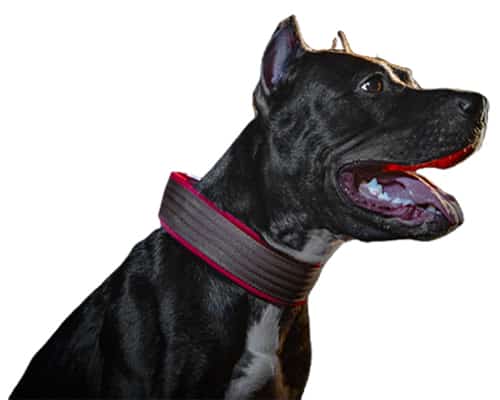 If you are looking to purchase a brand new Black Pitbull, you can choose several dog breeders for yourself. They are the most in-demand dog and are being bred very commonly and successfully all over the world. You don’t have to pay a hefty amount as you would have, and no effort is required on your part to get a quality breed.
If high-quality dog breeders are your priority, you can get a dog for a fee of $1000-$2000 depending on the breeder you are in contact with and the authenticity of the Black Pitbull and his qualities.

Black Pitbulls have been under controversy for far too long to discuss, but they have somehow managed to be at the top and become a favorite breed all over the world. They are smart, loving, loyal, and friendly mates who are as great as any other dog in the world.
If you are fond of this black color breed, do not hesitate and bring one home as soon as possible. Try to train the pup early so he can behave well and get along with others successfully.

What are the Tri-Color Bullies

What are the Tri-Color Bullies