The Boston Terrier dog breed has become very popular over the last few years. And rightly so. Most of the time, dog breeds don’t have a good reputation that precedes them. That is not the case with Boston Terriers. With their round eyes and adorable faces, people have nothing but positive things to say about these dogs.

Many people are unaware, but breeders bred these dogs so they could become excellent fighters. However, things changed so much about them that people better know these dogs by the name ‘American Gentleman.’

One of the most refreshing things about these dogs is that they are very affectionate. They are not high maintenance. With proper care and treatment, they can adjust almost anywhere, even in a small apartment. They can get into trouble with their owners because they are very hyperactive. But owners would not help but forgive them for their mischief because of the adorable face they make.

There isn’t a single story about how Boston Terriers came into being. Different people have different opinions about it. But most of them agree that they came into existence in the late 1800s. One of the stories says that the credit should go to wealthy families. They created the bloodline of Boston Terriers by breeding Bulldogs with English White Terrier. The latter dog breed does not exist anymore.

Another story says that the breed came from a Bostonian man named Robert C. Hooper. He imported a dog, which was a cross between a Bulldog and an English Terrier. The dog was named Judge. Hooper imported the dog because it reminded him of a dog he had when he was a child. Then, another story states that Hooper had bought the dog from another man named William O’Brian.

All these years later, it is still unclear which story everyone should believe. However, there is one thing common in all these stories: the dog named Judge. So, it can be safe to assume that the Boston Terrier shares a history with Judge.

According to early narrations, Judge had a muscular structure. He had a dark color and a square head. He was only bred once in his life, with a dog named Kate. Their puppy wasn’t very good looking, but he had some excellent characteristics. Due to this reason, people then bred the dog with other dogs. The breeding went on and on, and it was in 1893 when AKC recognized the dog’s breed.

The Boston Terrier has a very balanced look. It has a short and compact head. Its coat is smooth and very close to the skin. It comes in multiple colors, but the color white is present mainly. The head seems very appropriate, considering the size of the body. The rest of the body is also short and closely knit together. One look at the Boston Terrier, and nothing about his appearance would feel out of place. The dog always has a curious and determined look on his face. As if he is up to something.

The Boston Terrier has a square skull that is flat from the top. One of the essential characteristics of any dog breed is the expression he has on his face. The dog has an alert expression on his face. And it is because of the eyes of the dog, which are round and big. Usually, they are dark in color. Owners should keep in mind that if a dog has blue eyes or a blue dot in his eyes, that means something is wrong with the dog. The ears are small but pointy.

The neck of a Boston Terrier is a little arched towards the front. But it never seems like there is something wrong with the head. The head sits on the neck appropriately. The dog has a well-built chest with broad ribs. Owners should notice here that this breed of dog’s overall appearance is always going to be short. The dog has a short tail.

The front legs of the dog are perfectly lined up with the shoulders. This is the reason why the dog has quite a graceful movement. The front legs are short but straight and strong. The dog has short feet and nails.

The coat of a Boston Terrier is smooth to touch. When walking in the sunlight, the coat shines. Because the coat shines, some people often use the word ‘bright’ to describe the dog’s coat.

Personality and Temperament of Boston Terriers:

Boston Terrier is one of the most loved breeds of the dog. The reason is that the dogs have a cheerful and playful personality. This is what makes the dogs an excellent companion. One of the most surprising things about these dogs is how well they get along with cats. This may surprise people considering dogs and cats don’t seem to get along very well. If you adopt a kitten and a Boston Terrier puppy and raise them together, they will become best friends. These dogs are also quite good around children. Provided that children should also behave themselves when around these dogs.

Once they know that the child means no harm, they will start playing with the child. Boston Terriers love to play games. ‘Hide the Bone’ is one of their favorite games. In ‘Hide the Bone’ they pick up a bone and either hide it somewhere in the house or outside the house. However, their favorite game remains ‘fetch.’ Like most of the dogs’ breeds, owners should make sure that they get used to different sights and experiences. It would help shape the Boston Terriers’ temperament positively.

The Boston Terrier is very easy to please when it comes to feeding. Whether owners want to give them food manufactured at home or outside, the dog would happily eat it. But the food has to be of high-quality. And if owners are preparing the food at home, they should consult their dog’s veterinarians first.   Another critical thing to keep in mind is the dog’s age. Their food consumption may vary depending on their age. So owners have to be mindful of that. Just like most of the breeds of dogs, Boston Terriers can gain weight quickly. Hence, it depends on the owners to ensure that it doesn’t happen. Giving them treats is an excellent way of training them. But giving them extra treats will only lead to obesity. These dogs can even eat some of the same food humans eat. But again, it would be better to ask a veterinarian first. Finally, owners should always give dogs fresh and clean water.

One of the many wonders of owning a Boston Terrier is the less grooming the dog needs. The dog has a firm Boston Terrier coat that sheds occasionally. If owners want to remove extra hair on the dog’s coat, experts recommend that they use a brush. The brush should be soft enough not to hurt the dog’s coat. But it should also be firm enough to remove unwanted hair. Using a high-quality brush on a dog’s coat has numerous benefits. It allows new hair to grow smoothly, and it keeps the coat of the dog healthy. The only time a Boston Terrier may need a bath is if it gets itself into a mess. Their nails should be kept in check. Their nails grow fast. Hence, experts recommend that owners should trim their nails regularly. Or at least once in two days. Long nails can become a cause of pain for the dog. They don’t allow dogs to run correctly.

The Boston Terrier may be one breed, but the amount of exercise they need varies, from one dog to another. Taking some of them on a walk once or twice in a day should be enough. Others, however, might need more intense exercise. Letting them play in the backyard would not be enough. Owners would have to run and play ‘fetch’ with them. These dogs are good around human beings. Hence, they will sit and keep waiting until the owners decide to call them back in when left alone in the backyard. So, that’s not a good idea. Leaving them alone would make them nervous, and they would start reacting weirdly. Owners can also participate in their dogs in various dog sports.

The Boston Terrier is an easy-to-train breed of dogs. For the best results, doctors recommend that owners start training these dogs from an early age. Making them socialize with other dogs and participating in puppy training classes will impact these dogs in a positive way. Owners shouldn’t expose dogs to various experiences at once. Instead, they should take things slow with them. One of the most effective ways of training is using treats as incentives. Generally, these dogs respond well to treats. These dogs are quite sensitive. Hence, using a strict method of training isn’t the best course of action.

When a film clouds the lens of a dog’s eyes, it is known as cataracts. Boston Terriers can get cataracts either when they are just a few months old or adults. While it is true that owners can spot cataracts in their dog’s eyes, that may not be the case with every dog. Sometimes, only a doctor may be able to identify cataracts- that too, after conducting a test. Hence, if owners intend to adopt a puppy, they should ask if the dog had ever tested for cataracts.

Boston Terriers are prone to deafness. It can happen in either one ear or both ears. Before breeding a dog, people should make sure that neither of the dogs is deaf. Otherwise, the dog will give birth to deaf dogs since deafness can be hereditary. Another way of identifying whether a dog will give birth to a deaf puppy is to look for the color white on the dog. If one-third of the dog’s head or body is white, it is more likely to birth deaf .

What You You Need To Know As Boston Terrier Owner

Is a Boston Terrier stubborn?

Generally, no. But when owners are training them, they can be stubborn. They are also very sensitive. Hence, owners should find a sort of middle-ground for training them.

Do Boston Terriers eat a lot of food?

Yes, they can eat until they are sick. That is why experts recommend that owners should be especially careful about the food they give these dogs. They don’t want to add extra weight to these dogs.

Do Boston Terriers do well in apartments?

The exercise requirement of a Boston Terrier is low. Hence, they don’t have a problem living in apartments. All they need is social interaction.

Boston Terrier is one of the most adorable breeds of dogs. With their large and round eyes, they can get away with anything. They are not high-maintenance. All they need is a loving environment and a gentle owner. 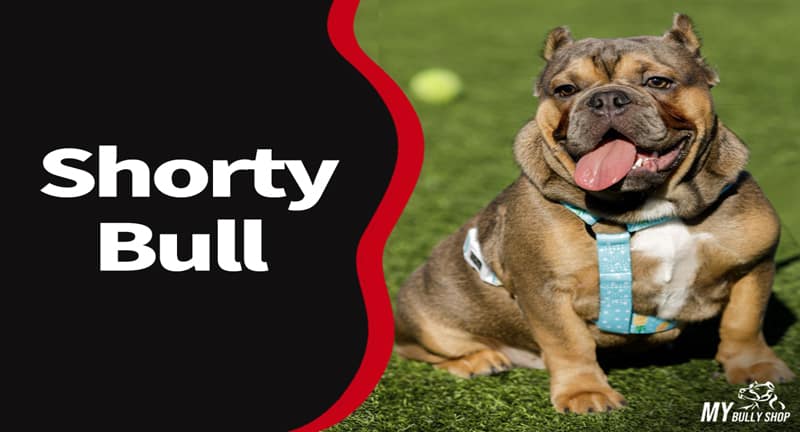 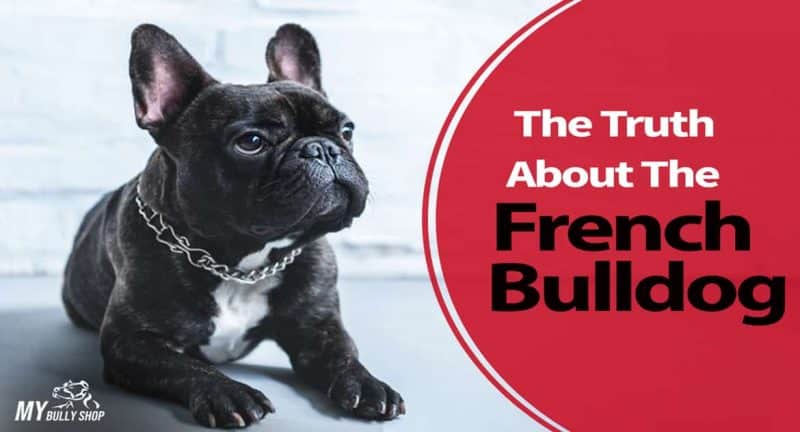 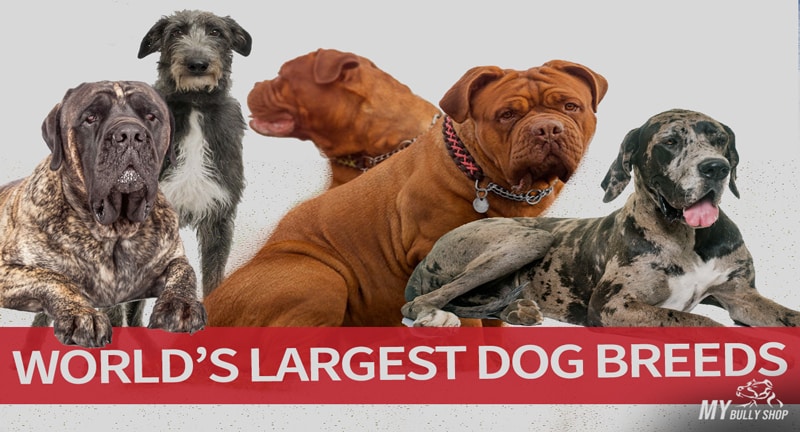 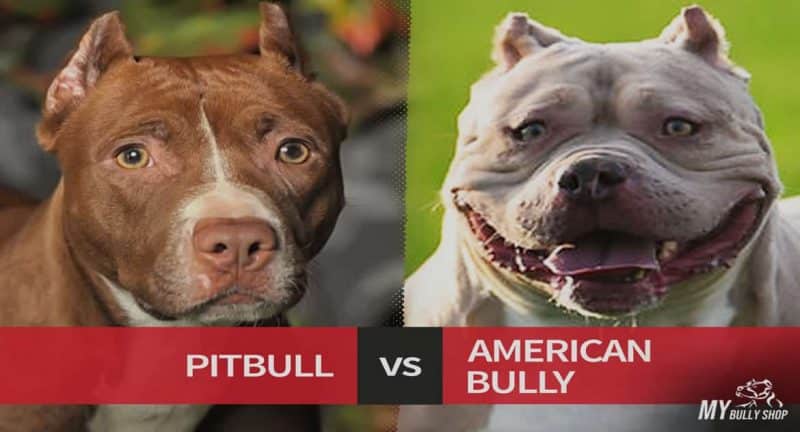 American Bully vs Pitbull – What is the Difference? 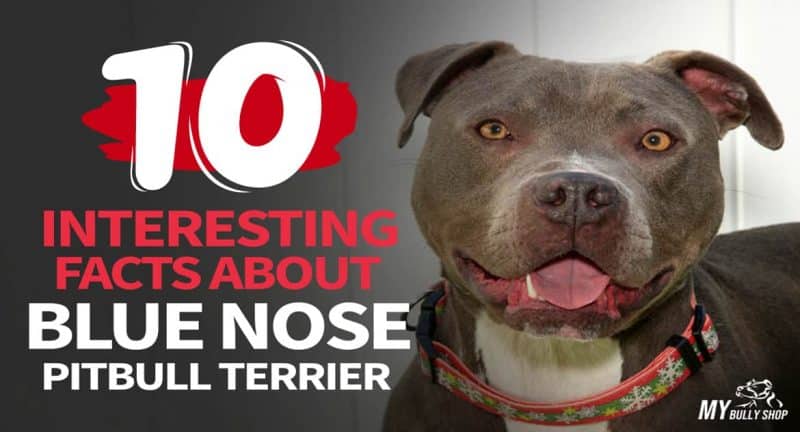